Networking with other projects 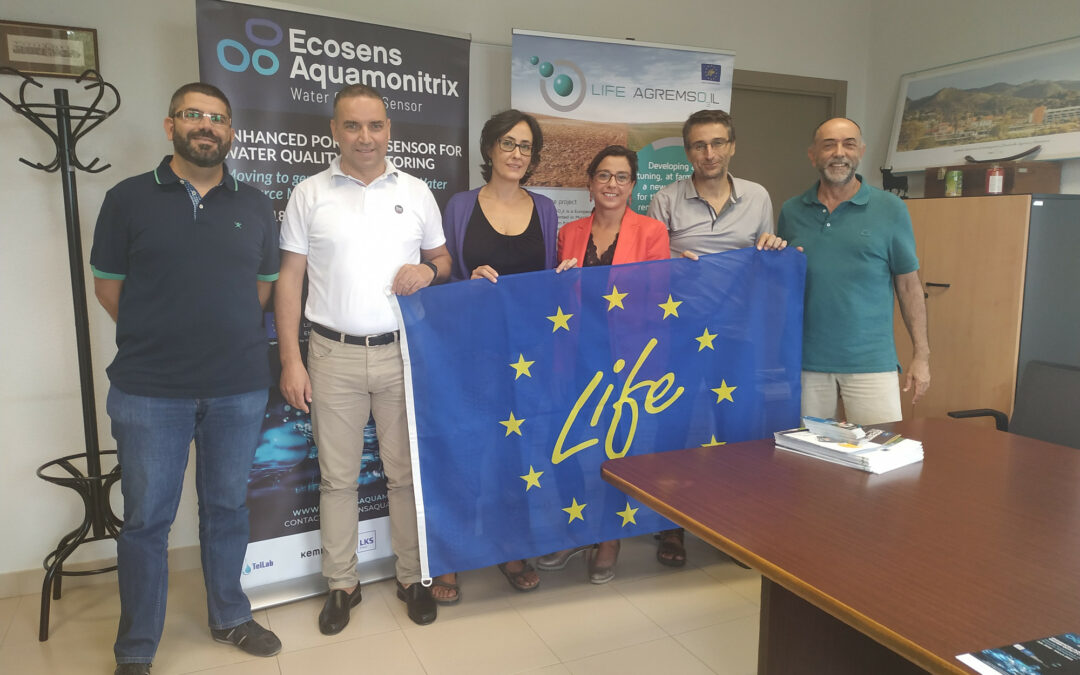 The aim of this action is to broaden the impact of the project Ecosens Aquamonitrix through interactions with other similar projects, allowing exchange of knowledge & lessons learned by each project.

Researchers of UCAM have identified the project LIFE AgRemSO3il (LIFE 17 ENV/IE/000237) as very close and related, because its objective is the “Agrochemical remediation of farm soils by combining solarization and ozonation techniques”. With the IMIDA (Instituto Murciano de Investigación y Desarrollo Agrario y Alimentario) as Project Coordinator, the other members are Agencia Estatal Consejo Superior de Investigaciones Científicas (CSIC), IDConsortium and Novedades Agricolas.

Last October 8, a Networking Session took place joining members of the two projects and also of the CIMIDA (Oficina para la Innovación Agraria de la Región de Murcia). The Session was held in the facilities of the IMIDA in Murcia, Spain.

In the session, researchers of each project presented the objectives and main activities developed. They agreed to hold a forthcoming meeting in UCAM to discuss on the advances in the projects.

In addition, UCAM will visit the experimental plant in Finca Torre Blanca with civil engineering students to show research facilities.